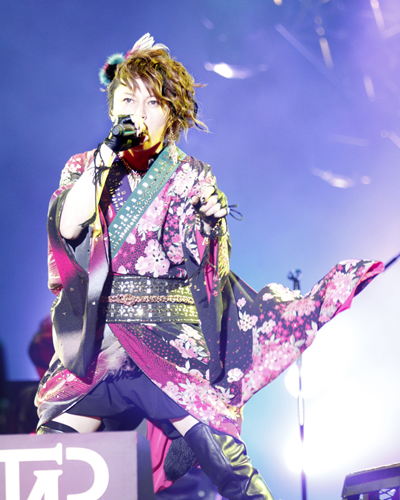 Otakon is Proud to Welcome Back T.M.Revolution 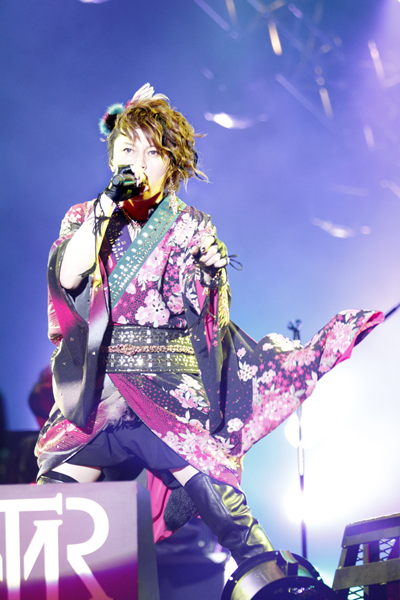 Baltimore, MD (January 30, 2012) – Otakon is pleased to highlight the “Year of Awesome” by welcoming back musician T.M.Revolution for a special Saturday concert at Otakon 2013. He returns ten years after debuting to American audiences in 2003.

T.M.R. was the first major Japanese rock/pop performance at Otakon. The success of that show demonstrated that Japanese acts could find an audience in America by leveraging the fanbase for anime. T.M.R.’s american debut helped bring Otakon to the attention of the Japanese music industry and helped stimulate interest in bringing J-pop and J-rock acts to the US.

Jim Vowles, Otakon’s Director of Guests and Industry stated, “T.M.R.’s show in 2003 was a game-changer for us and for the whole world of anime conventions. His enthusiastic performance was a massive success, and T.M.R. himself was fantastic with his fans. It was new territory for all of us and we’ve looked forward to his eventual return for ages.”

Ten years later, such concerts have become almost a requirement for conventions of any size, and draw a dedicated audience of their own. While Otakon has continued to showcase major Jrock acts such as L’Arc~en~Ciel, JAM Project, and X-Japan, it has also brought an increasingly diverse range of musical performers, such as shamisen performers the Yoshida Brothers.

Takanori Nishikawa, born in 1970 in Shiga prefecture, made his debut as T.M.Revolution (T.M.R.) in May 1996, with the single “Dokusai –monopolize-”. Since then, he has established a reputation as a singer with ear-catching tunes combined with intriguing and irresistible live performances. Many singles have been picked up as themes of major anime and games including Mobile Suit Gundam and Sengoku BASARA.

Since his debut, T.M.R. has built a global fan base and reputation mainly among anime fans. He has performed at major anime conventions in the US, such as OTAKON 2003 where local audiences were dazzled by his dynamic performance. These activities led to the release of his
albums worldwide.

T.M.R. launched his 10th anniversary project in 2005 in which he released the single “vestige” in August 2005, hitting #1 on Oricon chart. He also released a self-cover album “UNDER:COVER” (all songs requested by fans) in January 2006. In June of that same year, he released a CD and a DVD, both entitled “1000000000000”(pronounced billion) featuring all singles and music videos he had previously released. This proved immensely popular and also hit #1 on the Oricon charts.

T.M.R.’s recent participation includes appearing at “Anime Festival Asia 2012” in Singapore on November 9th. Not one to rest on his laurels, he is currently expanding his field as an actor, voice actor, and host for many media programs.

ABOUT OTAKON AND OTAKORP, INC.: Now entering its twentieth year, Otakon is an annual celebration of Japanese and East Asian popular culture, and also one of the largest gatherings of fans in the United States. Otakon celebrates popular culture as a gateway to deeper understanding of Asian culture, and has grown along with the enthusiasm for anime, manga, video games, and music from the Far East. Since 1999, Otakon has been held in Baltimore, Maryland; currently, Otakon is one of Baltimore’s few large, city-wide events, drawing over 32,000 people for three days each year (for a paid attendance of over 89,000 turnstile attendees).