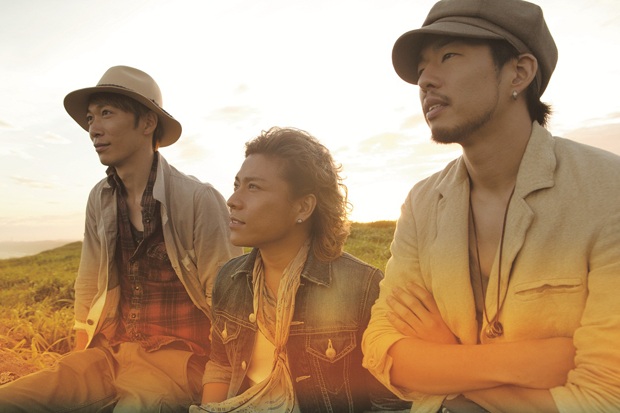 Otakon is Proud to Welcome Back Home Made Kazoku

Home Made Kazoku debuted May 2004 with Ki/oon Music Inc. / Sony Music Entertainment (Japan) Inc. and won acclaim as the best upcoming artist of the year on the Japanese music scene.

MICRO is widely referred to as a ‘soul rapper’ because of his husky, powerful voice. KURO adds a deep, whispering rap which gives life to the lyrics. Combined with UICHI’s DJ skills, their positive, heartwarming music has entranced many listeners’ ears.

Vocalists Micro and Kuro are originally from the United States. MICRO spent a part of his childhood in Kentucky, while KURO lived in Chicago until he was 12. Their first full length album, Rock the World, achieved #5 on the Oricon national chart, with over 300,000 sales, and spent an amazing two months in the Best 20s.

Home Made Kazoku created a buzz with their tracks featured as theme songs on many hit anime series, such as Eureka Seven (“Shonen Heart”) and NARUTO (“Shooting Star”). Their third album, Thank You!!, hit #5 on the Oricon chart.

Following their fourth album, Home, which included the lead track “No Rain No Rainbow” (the theme song of NARUTO SHIPPUDEN the Movie: Bonds), Home Made Kazoku headlined their first tour in Japan, including a soldout show at the Budokan in front of more than 10,000 fans. They also took their show overseas to the US (Otakon 2010) and Taiwan which ended up being great successes.

They host an annual music festival, held for the third time this year in October, called Kazoku Fes.2012. Along with their announcement of their comeback to Otakon in 2013, Home Made Kazoku just released their latest album 3RISE on January 1, 2013 for all their overseas fans.

ABOUT OTAKON AND OTAKORP, INC.: Now entering its twentieth year, Otakon is an annual celebration of Japanese and East Asian popular culture, and also one of the largest gatherings of fans in the United States. Otakon celebrates popular culture as a gateway to deeper understanding of Asian culture, and has grown along with the enthusiasm for anime, manga, video games, and music from the Far East. Since 1999, Otakon has been held in Baltimore, Maryland; currently, Otakon is one of Baltimore’s few large, citywide events, drawing over 32,000 people for three days each year (for a paid attendance of over 89,000 turnstile attendees). Otakon is a membership based convention sponsored by Otakorp, Inc., a Pennsylvania based, 501(c)3 educational nonprofit whose mission is to promote the appreciation of Asian culture, primarily through its media and entertainment. Otakorp, Inc. is directed by an all volunteer, unpaid staff – we are run by fans, for fans.