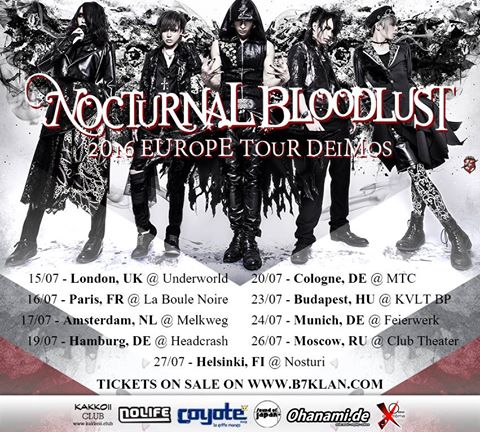 May 22nd, 2016 (Tokyo)–NOCTURNAL BLOODLUST announced at the final show one-man tour “VANADIS” that they will hold their first ever European tour starting this July. The tour title is “DEIMOS” Tickets for all shows go on sale starting May 27th at www.B7Klan.com.

NOCTURNAL BLOODLUST has been garnering international attention since their formation in 2009 for their distinctly heavy metal sound, including shouts and technical instrumental work. Now they’re taking their sound to Europe for the first time.