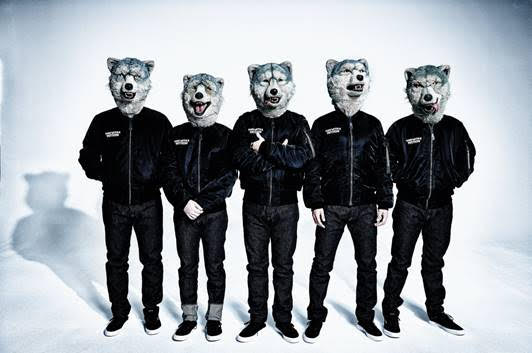 MAN WITH A MISSION have announced a live stream performance to take place on August 29th at 20:00hrs JST from Zepp Tokyo. Tickets for MAN WITH A “REBOOT LIVE & STREAMING” MISSION are on sale now here.

The live stream performance celebrates the tenth anniversary of the Japanese superstars and promises a set of their biggest hits and fan favourites.

Regarding the forthcoming performance MAN WITH A MISSION vocalist and guitarist Jean-Ken Johnny says, “We’ve missed playing for you guys, but we hope this will bring us closer together. It’s taken us a while to prepare for this but we’re glad we’ve made it here and we’re looking forward to enjoying some live music together.”

2020 has seen MAN WITH A MISSION release a trilogy of albums to commemorate their landmark year including MAN WITH A “BEST” MISSION, MAN WITH A “REMIX” MISSION and MAN WITH A “B-SIDES & COVERS” MISSION. The albums have topped the Japanese album chart and the latter made global history as the first ever B-sides album to top a national album chart.

The band also released the career-spanning documentary MAN WITH A MISSION: THE MOVIE -TRACE THE HISTORY-, which captures their rise from cutting their teeth in small rock clubs to flourishing into the stadia conquering behemoth they are today, which is set to continue for many more years to come.

FURTHER INFORMATION ON MAN WITH A MISSION

MAN WITH A MISSION are one of the most successful rock bands in Asia today. They regularly sell out arenas across their homeland and have also completed sold-out headline tours of the UK, Europe and US. The five-piece have a rabid following in the UK, no better demonstrated than at the overflowing tents at their recent performances at Reading & Leeds and Download festivals.