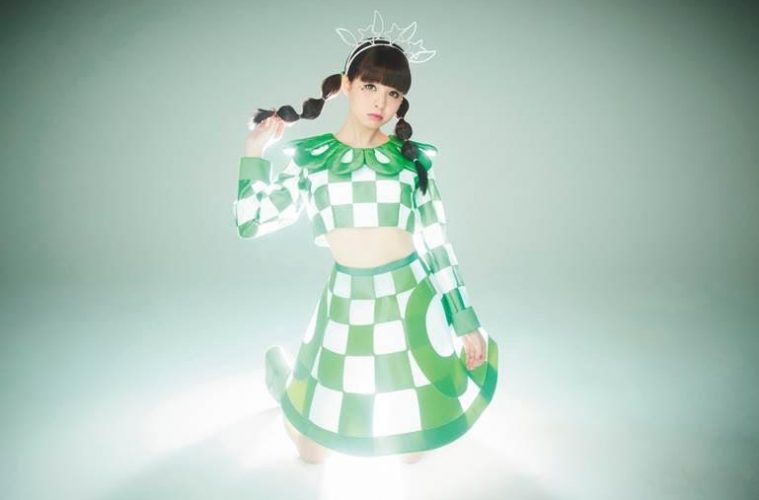 Luna Haruna will release her 11th single, “KIRAMEKI☆LIFELINE” as a worldwide digital release on November 10th, 2017.  The single is the ending theme to anime URAHARA, where Luna Haruna also made her voice acting debut.

She will also be designing the URAHARAxLuna Haruna slip-ons, available soon for purchase on Tokyo Otaku Mode.

In “KIRAMEKI☆LIFELINE”, Luna Haruna co-wrote the lyrics, and joined with Yusuke Orita (Tp) and Junnosuke Fujita (Sax) from the acclaimed Japanese jazz band, TRI4TH in recording the song.  “KIRAMEKI☆LIFELINE” is a mashup of jazzy brass, rock guitar riffs, and digital sequencers, creating a new style of pop.  The single also includes “Baby, maybe”, theme song for LisAni! NAVI on TOKYO MX/MUSIC ON! TV, and “Flutter”, a song about the dilemmas between the real vs. virtual world.

A slip-on shoes collaboration has been announced by Tokyo Otaku Mode; URAHARAxLuna Haruna slip-on will be designed by Luna Haruna herself.  It will be available for purchase on Tokyo Otaku Mode worldwide for all fans of URAHARA and Harajuku fashion. 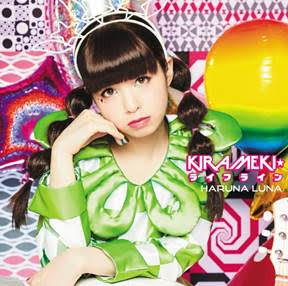 “KIRAMEKI☆LIFELINE” will be released in three physical forms (Japan only):

STANDARD EDITION: Features the cover art above and all four tracks.

All three editions will be enclosed with an original photo card, unique to its edition.  (The standard edition will only include photo cards in its first pressing.)

“KIRAMEKI☆LIFELINE” will be digitally released worldwide on iTunes, Apple Music, and Amazon. 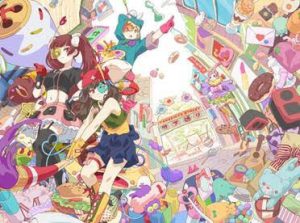 URAHARA is based on “PARK: HARAJUKU Crisis Team!” created by Patrick Macias (Crunchyroll).  The story takes place in PARK; a real-life store located in Harajuku that is created under the theme of “FASHION x OTAKU x CREATION”.  It is a sci-fi drama which follows three girls, Rito, Mari, and Kotoko, as they try to protect their beloved Harajuku from aliens called “Scoopers” who try and steal human culture.

Born on October 11th, Luna Haruna is a rising AniSong (anime song) artist.  She debuted in May of 2012 with “Sora wa takaku Kaze wa utau” (Ending theme to anime Fate/Zero 2nd season), which was written by Yuki Kajiura.  In June 2017, she released her third album, LUNARIUM.

She has been invited to numerous live events all over the world, and her popularity exceeds to outside of Japan.  Her sweet visuals and her deeply-resonate voice inspires many.

Luna Haruna made her voice acting debut in the currently airing URAHARA.