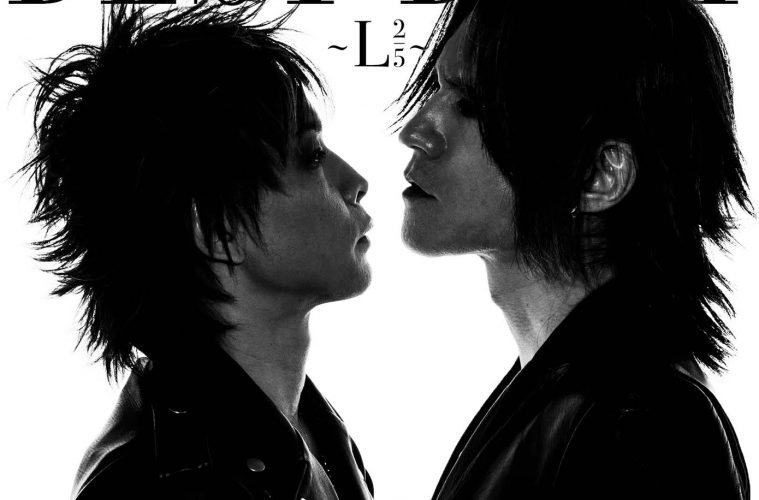 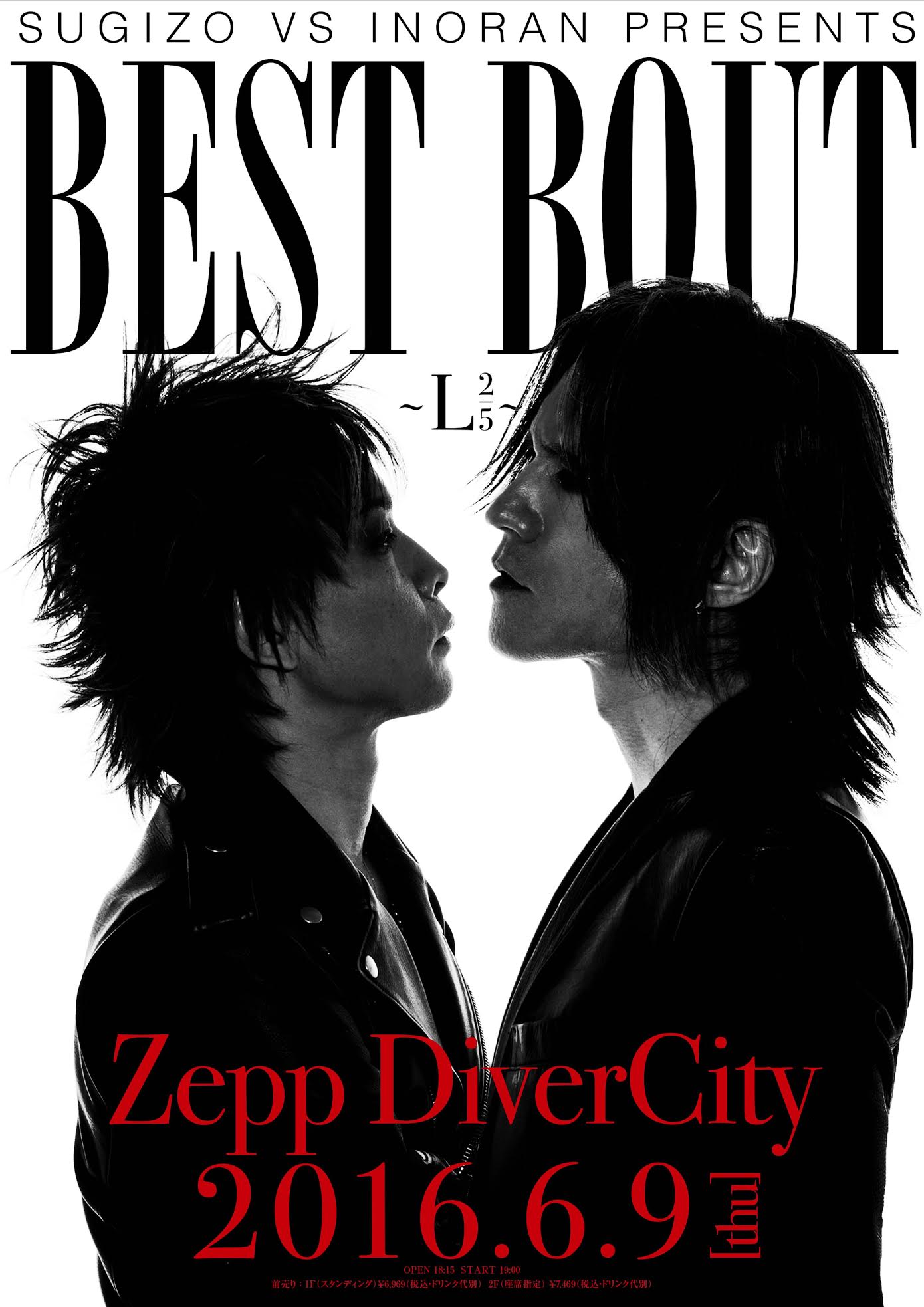 Luna Sea was one of the original pioneers of visual kei from the very beginning of the movement. Celebrating their 26th anniversary this year, the band has continued to impress fans with their adaptability and stage presence. Yet, in these 26 years, the band members have also defined themselves as separate musical artists from Luna Sea. Sugizo and Inoran have both become popular solo artists who have created their own musical identities that are both separate from and inspired by Luna Sea. Sugizo’s style can be described as a mix of trance, electronica, and experimental, psychedelic rock. His songs are mostly instrumental but with minimalistic, politically charged-vocals. Inoran, on the other hand, has explored a brighter, more fun side of visual kei with his solo career. His music is heavy on the vocals and sounds like a mix of arena and indie rock that is intentionally rough around the edges.

With two such different artists coming together for one concert, it’s no surprise that the Japanese twitter-sphere has been buzzing with excitement about this event ever since the first promotional pictures were posted to Sugizo’s and Inoran’s social media. What surprises did these two members of Luna Sea have in store for fans? What did Best Bout even mean? Was it a battle of the bands? And if so, who would win?

On June 9th, the anticipation finally paid off in a show that truly earned the title Best Bout. Zepp Diver City in Tokyo is a fairly spacious venue, but Thursday night, it was packed with fans. As soon as the doors opened, fans poured into the venue and immediately crowded towards the front of the stage. Blue and orange lights lit up the crowd and set the “bout” tone from the very beginning of the event. The crowd was restless as the clock ticked past the start time of 7:00, and when the lights dimmed at 7:40, the roar of the audience was so loud it practically shook the venue.

Suddenly, a screen at the front of the stage lit up with Sugizo’s silhouette. Joined by the cheering of his fans, he began a violin solo. Just as the audience was becoming entranced by Sugizo’s violin, Inoran’s shadow appeared stage right. He started a blistering guitar solo that immediately captured the difference between the two artists. As they played, their disparate styles began to meld until it was one harmonious sound that built to a crescendo.

After a quick break, Inoran took the stage first. He stood center-stage on two large red and beige rugs. The amps and drum kit behind the guitarist were decorated with twinkle lights that lent the stage a garage/indie band feel. Kicking off his half of the show with “Beautiful Now,” Inoran was energetic and seemed to really be enjoying the audience. Throughout the next song, fan favorite “might never see, might never reach,” Inoran encouraged the crowd to jump and scream for him. Even on the second floor, we could feel the venue shake as the fans jumped. Songs like “Awaking in myself” and “2 Limes” had the entire crowd on their feet, even on the second floor. Flood lights flashed over the audience and highlighted the stylistic mix of arena and indie rock.

Taking a break to address the audience, Inoran thanked the audience for coming, though he couldn’t quite remember the name of the live. So, he had the crowd shout it for him. Continuing his thanks, he praised Sugizo (whom he called Sugi-chan) and talked about how he wanted to be like the lead guitarist, though he did also poke fun at Sugizo for being late that night. Beginning the next song, he invited Sugizo on stage to take lead guitar for “grace and glory.” They ended the song with a brief hug and Sugizo left the stage with a smile and a slight bow to the audience. Inoran ended his half of the night by continuing to incorporate the audience into his high energy performance by having them sing the choruses of both “Get Laid” and the final song “All We Are.”

After Inoran left the stage and the last roar of the audience had died down, the technicians began to switch over for Sugizo’s half of the live. Departing from the typical rock guitar and drum set up, there were 2 drum kits and a DJ booth set up surrounding center stage in a semi-circle. Sugizo’s logo was projected against the back drop.

Even before Sugizo took the stage, you could tell that he was setting a mood for the audience. The background music was a unique mix of bird song, water, wind chimes, guitar, and bass. It began quietly and built to a roar. If Inoran’s performance was a mix of arena and indie rock, Sugizo’s was going to be a rave.

Beginning with “TELL ME WHY?” Sugizo commanded center stage with a minimal style of guitar that was emphatic and purposeful. It soared over the driving, pulsing bass and drum. Each song blended into the next with little discernible breaks between them. The backdrop flashed with religious and geometric iconography mixed with flowing water and a full moon. It was clear from the beginning Sugizo was taking the audience on a journey with him.

Switching from guitar to violin for “FATIMA,” he conducted the audience’s movements with his bow as he played. When Sugizo finally did take a break to address the audience and invite Inoran on stage, it was in a hushed tone that seemed to be as much a part of the music as his guitar.

Inoran joined Sugizo on stage to duel with blistering guitar and soaring violin solos reminiscent of the beginning of the live. They seemed to be enjoying themselves as the challenged the other to out-do their solo. Both were smiling and gesturing with their instruments. Finally, their solos joined together to build to a crescendo. Inoran left the stage with a smile and a wave.

But, Sugizo wasn’t done with his audience just yet. The most shocking moment of the night was yet to come. “ENOLA GAY RELOADED” is one of Sugizo’s most controversial and political songs. It began with a projection of a woman in a hijab bowing her head in prayer. As the music swelled, this image was replaced with flashing video of the Atomic bombs and the devastation they caused along with the words “NO MORE NUKES” and “STOP WAR.” Putting his guitar away briefly, Sugizo waved a large blood-red flag that had “NO MORE NUKES/ PRAY TO MUSIC” written across it in bold white letters. The song ended with that message written across the backdrop in large text.

Sugizo bowed his head for a moment of silence before “DO-FUNK DANCE” broke the spell with a rainbow of flashing lights. Clearly an audience favorite, they danced and jumped throughout the song. Finally he concluded the night with a return to “TELL ME WHY?”. The flood lights lit up the audience and cast the band in silhouette.

Sugizo ended the journey of his performance with a wry smile and a deep bow of thanks to the audience. He invited Inoran and the members of his band back on stage for their final comments and one last bow. Inoran thanked the audience and the staff, calling the night “a happy time.” After one last deep bow, Sugizo was the last to leave the stage.

The show ended with an announcement of a new single and a new tour from Sugizo in November of 2016. More information is available on his Facebook and website.

Inoran also announced a solo Thank You tour for 2016.