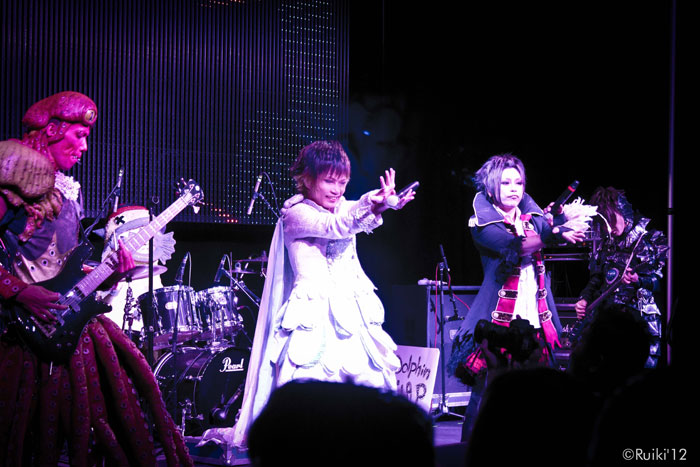 AnimeUSA warmly welcomed the return of Mix Speakers Inc. to the States with open arms this year at the Mariott Wardman Park Hotel. The band held a Q & A panel on Friday and a live concert on Saturday.

A long line of fans and con-goers alike formed outside the concert hall anxiously waiting to enter. Though a few minutes behind schedule, the band did not fail to deliver. Clad in elaborate costumes from their newest mini album: Sea Paradise No Hihou, the band members appeared one by one on stage with the utmost confidence, raising the level of energy among the crowd higher and higher by the moment.

One of the vocalists, Miki, kept the most shining smile throughout the entire live, bringing joy to the audience. The band had great fun while performing, which made the live more enjoyable for both the artists and the crowd. Considering the significantly decreased number of attendees due to hurricane Sandy recently prior to the convention, the live achieved a great deal of energy to which a bigger crowd would have presented.

Except for S who had to be seated as the drummer, Seek, Aya, and Keiji all took turns appearing on the center pedestal and displaying spectacularly experienced skills on their instruments. It seemed especially true of Seek who also presented a great amount of passionate expressions that enticed the audience to return the best energetic cheers they had had. As if to not lose to the bassist and guitarists, the twin vocals, Yuki and Miki, complemented each other very well, singing their hearts out. Quite frankly, they sounded much better live as opposed to studio recording.  A common misconception people may have of MSI is that their music is just fun and whimsical, while at the live, they had one of the most intense head banging one has ever seen.

The most memorable performance, was that of ‘ONE STAR’ where all the members put aside their instruments and stepped up and sang together. Accompanied by fun routines/dance moves known as ‘furi’, the band encouraged the audience to perform with them. The movements were simple and easy to copy that anyone would be able to follow. During this particular song, one could feel the band and the audience merge into one entity moving to the rhythm of the music. It was truly an honor to witness that moment. In addition, at certain points in time, band members stepped to the side of the stage closer to the audience, enhancing the unspoken connection between the artist and their fans.

The most distinguished aspect about this live was the fact that the band members prepared MC lines in English to converse with the crowd. It showed such considerate thoughts for oversea fans who were not familiar with the Japanese language but enjoy their music.

The funny part was that some fans were yelling “ENCORE” according to the Japanese pronunciation, which made the word seem to have three syllables. Thus the regular con-goers who couldn’t tell seemed to yell something that sounded like “ONE MORE TIME” to go along with the cheers. With such great effort from the crowd, the band appeared one more time – no pun intended – for a little short MC and performed ‘ONE STAR.’

In conclusion, Mix Speakers Inc.’s second appearance in the United States showed that their popularity is rising significantly outside Japan. With elaborate costumes and energetic stage confidence, the band was successful in delivering such a spectacular performance that united both the artist and the crowd into one entity moving to the rhythm of music.

Many thanks to Maejima Midori-san for providing the official set list. 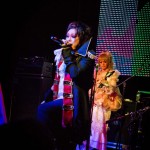 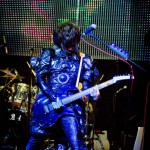 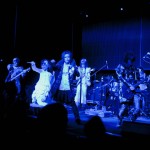 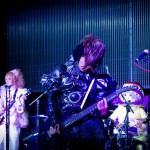 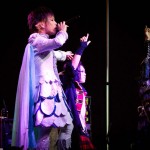 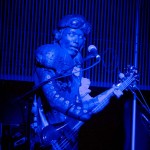 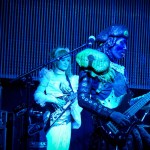 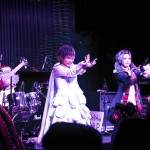