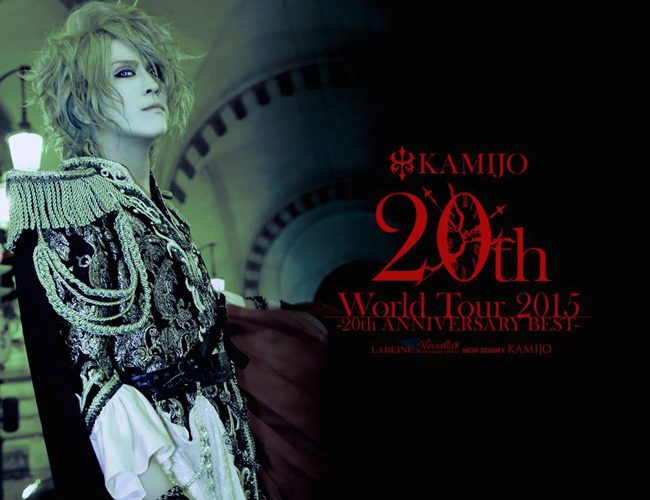 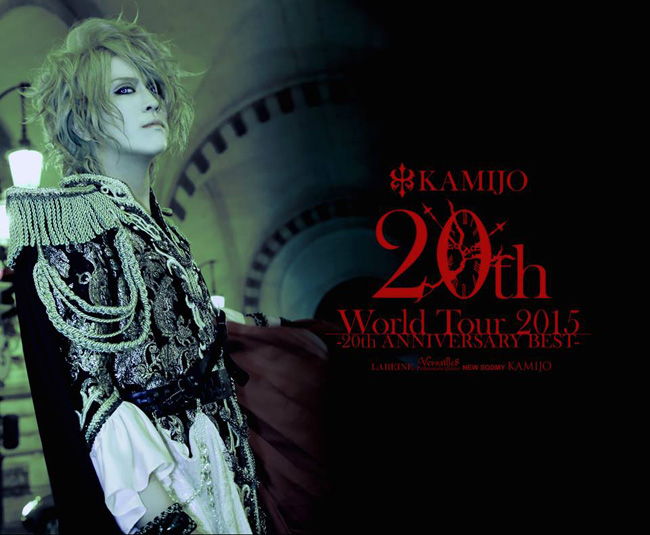 Announcing a dream world tour to celebrate a special KAMIJO 20 year career will be making stops in Los Angeles, California and New York City in the U.S.A. this June.

A very rare opportunity to see one of Japan’s globally popular Visual Kei artists. KAMIJO who will be performing songs from previous projects Versailles, LAREINE, NEW SODMY and as solo artist KAMIJO with popular and extremely talented support musicians. A visual show with the flavor of France, Rococo, and Vampires will not only be entertaining but adding amazing composed symphonic rock creates an enjoyable landscape for all ages and takes you to “KAMIJO’s WORLD”; a place where fantasy becomes a beautiful reality.

Kamijo is a Japanese singer-songwriter, musician, and music producer. He is best known as lead singer of the visual kei bands Lareine and Versailles. He has also been the head of two independent record labels; the first being Applause Records (formed in 2000), and Sherow Artist Society since 2006. His music covers many genres, Lareine having mainly a pop rock style, and Versailles a clear symphonic metal and power metal sound. He has an extensive discography with the bands Lareine, New Sodmy and Versailles, consisting of 15 albums, and a large amount of EPs and singles. In 2013, Kamijo began a solo career for the first time, with his debut single “Louis ~Enketsu no La Vie en Rose~”. He is now a successful solo artist under Warner Music Japan with several more releases to date.

Celebrating twenty years of musical projects, KAMIJO brings his music to the world to share his accomplishments with the fans who have been waiting and supporting at long last will be given the opportunity to hear his music live, up close and in person!

Vocalist and solo artist  KAMIJO will have in tow four of the most talented and active support members whom he has performed with for many previous and current years with backgrounds in several genres of Japanese rock, metal and pop music.
Meku-Guitar (composer, Kamijo and various artists)
https://twitter.com/meku_guitar 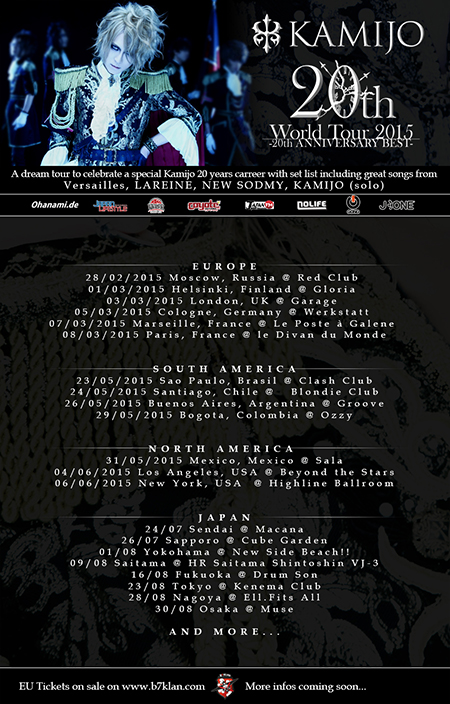