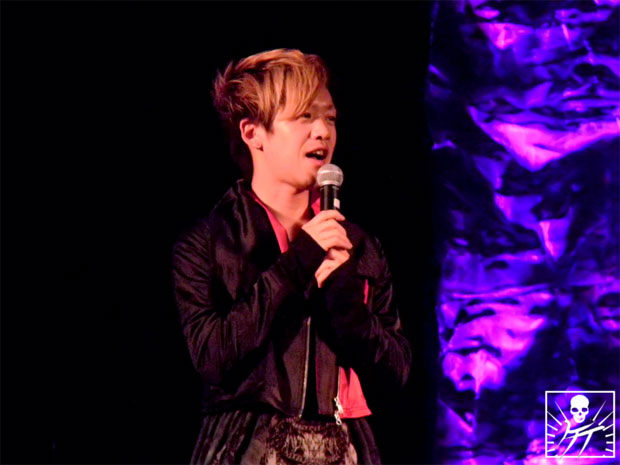 It’s your first time in Atlanta, – how are you enjoying it?

(laughing) I’ve been so busy, every time I come to conventions, I never really get to go out. I kind of feel like ‘Oh my god, is this Atlanta?’ (laugh)

You should go to Vortex [A restaurant in little five points in downtown Atlanta] There is a huge skull out front, you might enjoy it!

Oh yeah!? Actually, last night was the first night I ate dinner outside of the hotel, but every time, I never really step out of the hotel, because I’m so busy. So it’s too bad.

For those who are new to knowing you, can you give us a short intro into your fashion beginnings?

h.Naoto brand is the design combination between gothic, lolita, and punk. h.Naoto specialty is those three totally different images combined into one unique design.

You’ve incorporated music and fashion before such as HANGRY & ANGRY and Sixh. What other genres of music might you explore next?

There are so many different collaborations with artists, but the latest one I have done is with HYDE. It’s called HALLOWEEN PARTY. There is a promotional video, with about 30 different artists such as DAIGO and Acid Black Cherry. HYDE originally approached me asking ‘Why don’t you create the outfits for the theme?’ and also for the music video. The main image of the video is very gothic, and everyone is in differentiated horror makeup, like monsters. I didn’t have much time, but every day I would create a gothic costume, one that really fit with the theme. It was really a lot of fun. I would really like to do more collaboration in the future, not just with other artists, but corporations as well, maybe airplanes [air lines] or high end corporations. I am really interested in that.

What other collaborations have you done with the music scene? What other artists will you work with or would like to work with?

The very first collaboration I did was with Plastic Tree. Ryutaro from Plastic Tree loves the h.Naoto brand, so he approached me and said he would like to work with me. So I created an outfit for him. Then that lead to collaborating with the whole band and their live shows. Plastic Tree would play the music and we would have the fashion show on the same stage at the same time. Plastic Tree was not only the musicians, but the models as well. There are so many collaborations, though; I don’t think we have enough time to go through them all. (laugh)  But that was the first one.

Can you give some insight about your wedding dress inspirations?

Ah, have you seen them? I’ve done them twice now, and the designing for them is very different from the designing of other fashion. With a wedding dress, the bride is the key element. It all depends on what she wants to wear, and I always listen to her first. If I just design for a normal wedding dress, it doesn’t have to be h.Naoto. After I hear what style she wants, which elements, I start putting those elements in with h.Naoto.

You have stopped producing Rockers H Baby – what was the reason behind that?

When I have many brands out under the h.Naoto brand, that’s when I put the Rockers H Baby on hold. I never give up; I’m always looking at trends, and what is ‘in’ right now. So I feel like leather, or bikers, are not the trend right now, so it’s not like Rockers H Baby is gone, I just put it on hold to focus on what the trend is right now. Maybe, someday, hopefully soon, it’s going to come back around. There is also a Rolling West Baby, too!

Out of all your works which is your favorite fashion line?

It is difficult! (laugh) It’s really hard to choose one…but probably, Naoto.Seven is the one. I’m not crazy about just the simple, straight gothic look. Naoto.Seven is a particular brand that is based on the gothic style, but you can play around the gothic elements.

Which fashion designer or designers inspire you?

and for overseas fashion designers?

What was the most expensive thing you designed? Can you describe it in detail?

Recently, use of animal fur and skins have become controversial. As some designers have become more eco- and animal friendly, do you have plans to eventually do the same?

We always receive the postcards and letters from the organizations, but the h.Naoto brand never uses real fur. However, leather, we understand that the animal is killed, it’s a little different, because we respect and understand animal rights. Even when dealing with creativity, even if I really want something, or I really need it, I respect the animals’ rights. Because the target is for a younger audience, I don’t really have to use any of that, so I never really thought about it, even when receiving those postcards, because I don’t use real fur anyways.
Our thanks to h.Naoto for taking the time to interview with us!

For more information about h.Naoto, check out his website at http://www.hnaoto.com/

For information on the Halloween Party, visit http://www.halloweenparty2012.com/index.html 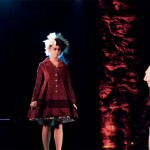 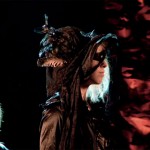 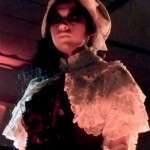 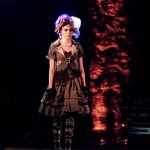 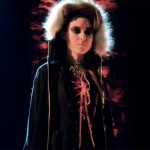 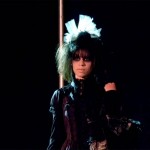 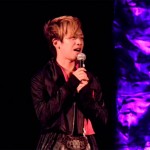 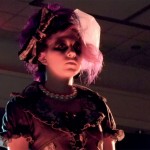 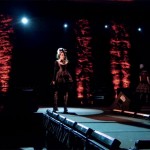 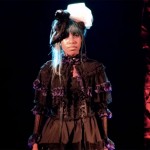 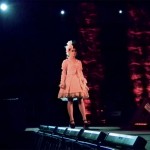 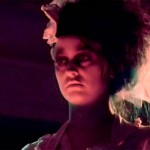 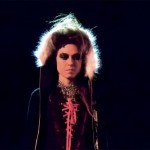 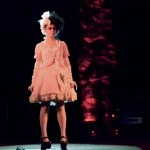 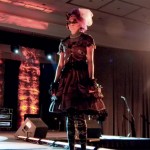 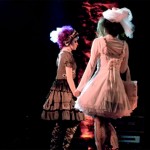 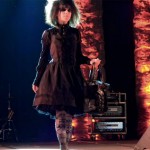 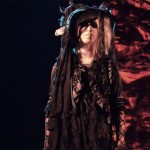 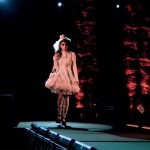