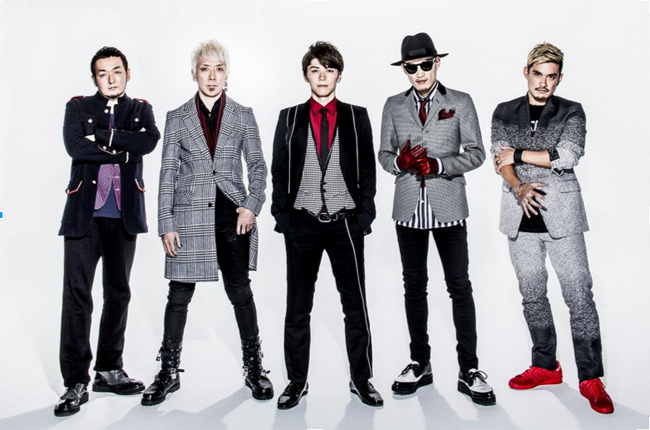 Popular Japanese rock band FLOW, known for many animation theme songs, including Japanese famous animation <NARUTO> opening theme, starts their first world tour from this May. They will be visiting eight countries, which are Japan, Taiwan, United States, Peru, Brazil, Argentina, and Canada.

They have performed many music festivals worldwide but this is the first time to hold headlining shows in overseas. FLOW is supported by many enthusiastic fans from all over the world. They are a five piece band consist of two vocalists KOHSHI and KEIGO, guitarist TAKE, bassist GOT’S, and drummer IWASAKI. They provided songs to NARUTO, one of the most popular anime in the world, for four times, which is the highest number to be tied-up with the show. The songs include “GO!!!,” “Re:member,” “SUMMER FREAK,” and “Sign.” They will be also singing the official theme song for the stage version of <NARUTO>, which will be started performing in both Japan and overseas on March 21th. FLOW has worked with many anime in addition to <NARUTO>, such as “DAYS” from <Psalms of Planets Eureka seven>, “COLORS” from <CODE GEASS Lelouch of the Rebellion>, and “HEY!!!” from <BEELZEBUB>. In 2013, they covered “CHA-RA HEAD-CHA-LA” for the theme song of the theatrical anime <DRAGON BALL Z: Battle of Gods>, which proved the high popularity of the band. They recently released a single “7-seven-“ collaborated with GRANRODEO for the animation <The Seven Deadly Sins> and attracted a great deal of attentions.

Their best album “FLOW ANIME BEST KIWAMI” was released on February 25th in Japan, and will be distributed to 37 countries through iTunes and other online music distribution services on March 13th. The album includes not only popular songs like “GO!!!” and “DAYS”, but also latest single ”7 -seven-” and new song “AWAKE”. In addition, a cover version of D☆DATE’s “GLORY DAYS”, which is the first song FLOW offered to other artists, and a cover version of Ikimonogakari’s “Blue Bird”, which is the opening theme song of <NARUTO SHIPPUDEN>, are in the album.

May 30th THE WALL, TAIPEI , TAIWAN