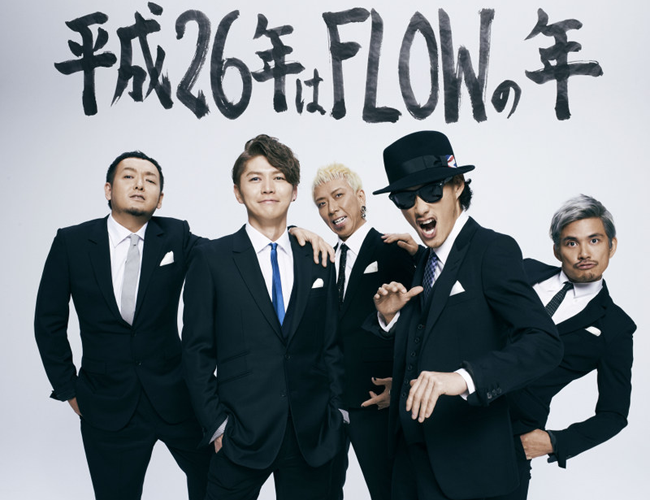 FLOW, announced as Music Guest of Honor for AnimeFest 2014! 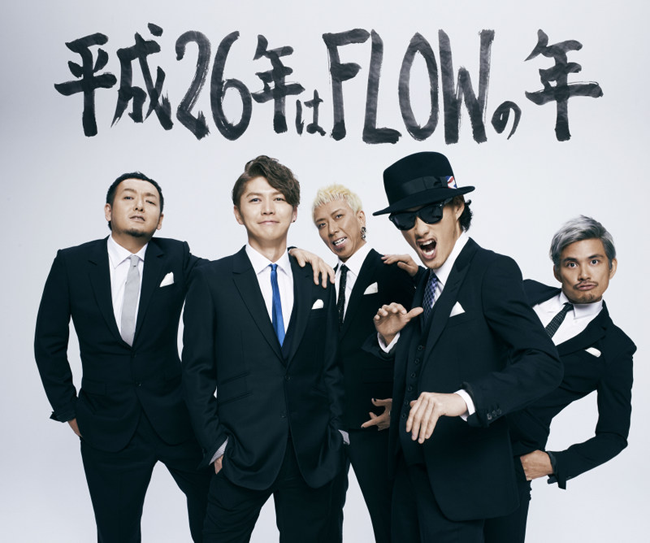 8 years since FLOW’s first ever performance outside of Japan at AnimeFest 2006, FLOW comes back to where it all started as a Music Guest of Honor for AnimeFest 2014!

AnimeFest 2014 will be taking place from August 15th~18th in Dallas, TX and FLOW’s live performance is scheduled to take place on Saturday, August 16th!

Originally formed in 1993 by TAKE and his older brother/vocalist KOHSHI, the band was named FLOW in ’98 and evolved into its current line-up in 2000, after bassist GOT’S, another vocalist KEIGO and drummer IWASAKI joined the siblings.

In 2003, FLOW made their major debut with the single “Blaster” and followed up with “Go!!!”, which was used as the opening theme song for the hit TV anime series, “Naruto”.

FLOW then released “DAYS”, which became the opening theme song to the popular TV anime series “Eureka Seven: Psalm of Planets”. These were just the first of many hits to come and many of their other songs are featured in “Naruto Shippuden”, “Code Geass”, “Eureka Seven AO”, and “Samurai Flamenco”.

In 2013, FLOW celebrated their 10th anniversary.

That same year, they arranged and performed the theme song for the anime theatrical movie, “Dragon Ball Z: Battle of Gods”.