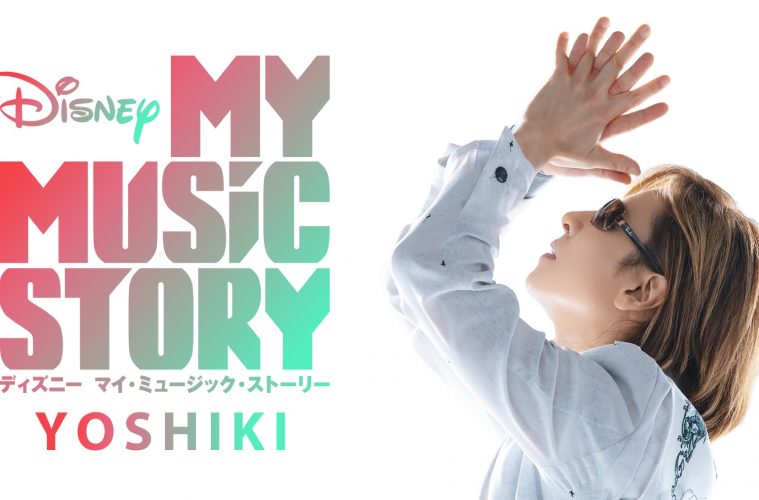 The original documentary features YOSHIKI’s new arrangements and performances of the songs “Let It Go” (Frozen) and “Can You Feel the Love Tonight” (The Lion King). He goes on to perform the hits “Endless Rain” and “Without You” from his iconic rock band, X Japan. Fans will also get an intimate look at YOSHIKI’s musical origins and his recording process in his state-of-the-art L.A. studio.

The unlikely collaboration of Disney and YOSHIKI shocked and delighted his millions of fans worldwide, who have long revered him as the fast-drumming rebel who pioneered rock in his home country. But YOSHIKI, also a gifted pianist and composer, has gone on to worldwide success in classical music – so when Disney asked to him to star in their new documentary series, he knew it would be a natural fit. In fact, he performs the songs in the program on his signature crystal grand piano with a string quartet.

About YOSHIKI
As a solo artist and leader of the stadium-packing rock group X Japan, YOSHIKI has sold 50 million albums and singles worldwide. He has headlined the world’s most prestigious venues, such as Carnegie Hall, Madison Square Garden, and Wembley Arena; and has sold out the Tokyo Dome a record-setting 18 times. He also composed the theme for the Golden Globe Awards, a classical concerto for the Emperor of Japan, and the Hello Kitty theme song, as well as the theme for the hit animation series, Attack on Titan. YOSHIKI has collaborated with Beatles producer George Martin, Roger Taylor of Queen, and Sarah Brightman; and most recently Bono, will.i.am, Jennifer Hudson, and St. Vincent. YOSHIKI is currently composing music for Hollywood films and other soon-to-be-announced TV projects.