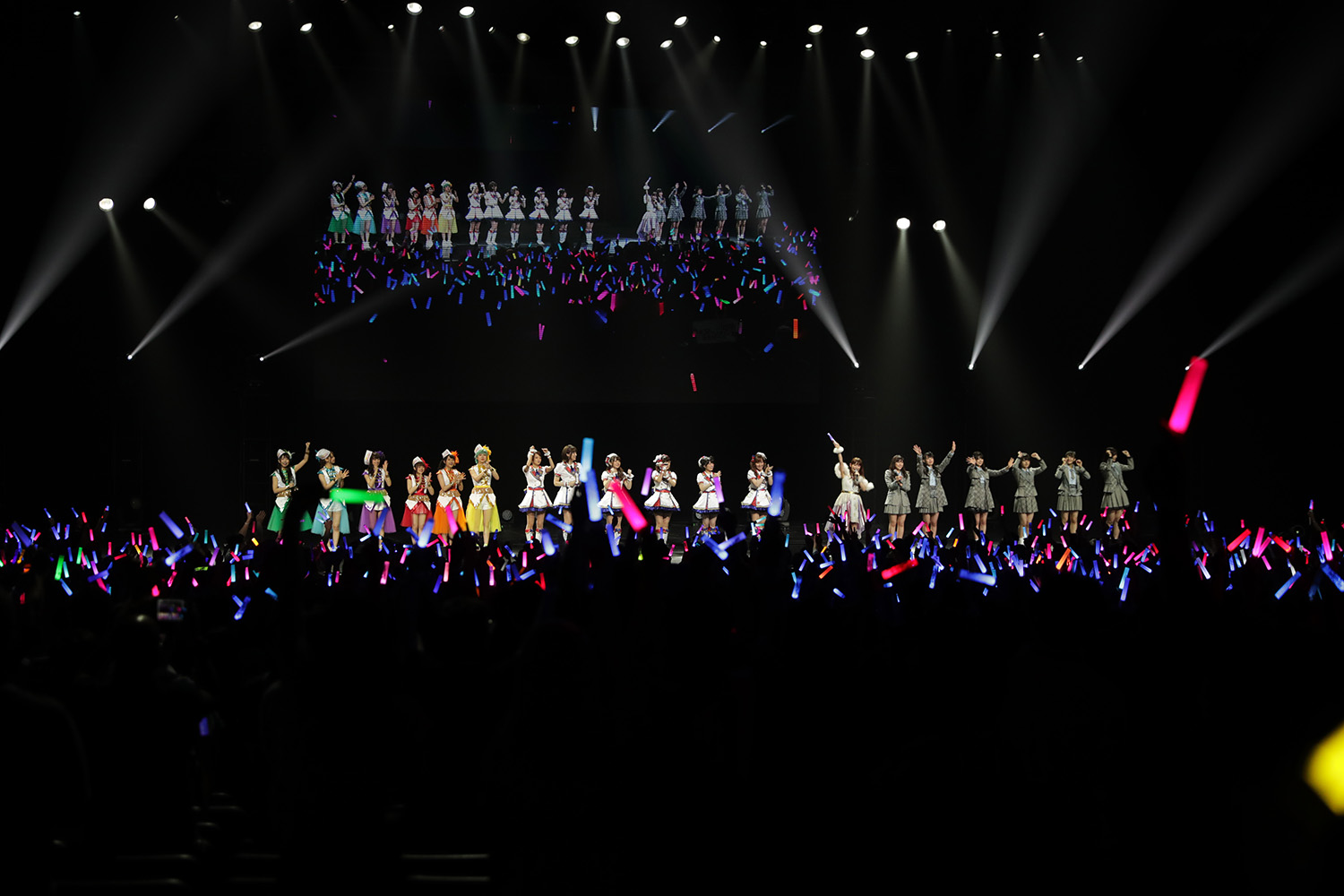 Wearing read-white-and-blue uniforms, the idol group greeted the audience with a performance of “Shine!!” before introducing themselves to the thousands of eager “producers” who changed the colors of their light sticks to match each character’s image card projected on screen.

Afterwards, the performers split into pairs for “SUN♡FLOWER” (feat. Tomoyo Kurosawa and Rei Matsuzaki), “Love∞Destiny” (feat. Ruriko Aoki and Yui Makino), and “Tulip” (feat. Yuko Iida and Kotomo Aihara). “Thank you so much for today,” said Aoki, who along with Yui Makino and Kotomi Aihara, was making her first appearance in Los Angeles. “Personally, this was my first time coming to L.A. so I’m having so much fun! We will do our best to come back to this stage as Cinderella girls. Thank you so much!”

Yui Makino expressed her gratitude for those who braved the record L.A. heat, “America producer-sama! Thank you for coming to see us!” THE IDOLM@STER CINDERELLA GIRLS reunited for final comments to the audience, then closed their set with the group’s special song, “Onegai! Cinderella”.

i☆Ris came on next with bright, individually-colored dresses and feathered headpieces. The hybrid group, who perform both as idol singers and voice actors, showed off their dancing skills as they performed songs from the anime series Magical Girl Site and PriPara, matching their choreography to the animated moves of their on-screen characters.

When i☆Ris leader Saki Yamakita announced that it was the group’s 6th birthday, fans in the front rows surprised the members with large “Happy 6th Birthday!” signs, and member Yuu Serizawa grabbed her smartphone to take a group selfie to celebrate the group’s warm welcome on their first-ever USA concert. For their final song of the night, it was i☆Ris’s turn to surprise the audience with a high-energy cover of the One Piece theme “We Are!”

During their MC, the members joked about going to visit Santa Monica (“Hot! Hot!”), mall shopping, and eating big hamburgers during their short visit to California. Cheered on by the crowd’s laughter and excitement, Team 8 performed two of their own releases, the dynamic “Hachinosu dance” (the coupling song from AKB48’s newest single “Teacher, Teacher”) and the inspirational “47 no Suteki na Machi e”.

“This is AKB48 Team 8’s first time performing in Los Angeles,” said the members. “We’re so happy that everyone’s having fun!”

As the lights came up for Shoko Nakagawa’s performance, audience shouts of “Shokotan!” spread across the theater even before the singer’s entrance. Nakagawa arrived at center stage in a bright pink and white dress and short, white lace-up boots, carrying her own Anisong World Matsuri pen light to match the thousands of fans in the audience. Backed by two dancers, she led the crowd to sing “Doridori” from Pokemon XY and greeted the audience. “Hi everyone! I’m Shoko Nakagawa!” she announced to the crowd’s applause. “I’m back! It’s been ten years!”

“I’m an otaku,” she continued. “Are you otaku? Yes! We are otaku!” said the performer, Japan’s ambassador for otaku culture. “Ten years ago, I came to L.A. to shoot this MV…” she recalled as the music video for “Tsuzuku Sekai” from Tengen Toppa Gurren Lagann played above her, giving fans a double-vision of two generations of Shoko Nakagawa singing together.

“Because of anisong, I’m not alone. We are all together,” she said, introducing “Ray Of Light” from Fullmetal Alchemist: Brotherhood. Nakagawa then commanded the audience’s pen light movements and color changes during performances of “Magical Circle” and “Pegasus Fantasy”, creating whirlwinds of pink and blue throughout the large hall.

“This next song is my favorite anime song. Let’s sing together!” The opening notes of “A Cruel Angel’s Thesis” from Neon Genesis Evangelion brought a roar from the audience and all lights turned red for Nakagawa’s most famous cover song. The voice of the Microsoft Theater crowd singing the lyrics was so loud that Nakagawa shared the mic with the audience during the chorus.

Nakagawa closed her set with “Sorairo Days”, the Gurren Lagann theme which launched her international popularity. Afterwards, she delivered heartfelt thanks to the audience. “Tonight is the best night ever! My dream is to come back next year. Ganbarimasu!” She then invited all the night’s groups on stage for their final goodbye to close Anisong World Matsuri’s third night of anisong concerts in Los Angeles. 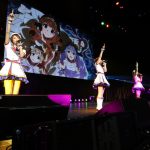 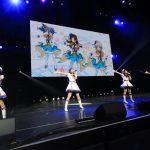 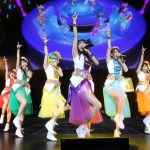 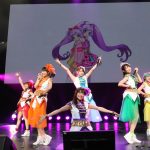 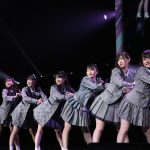 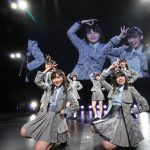 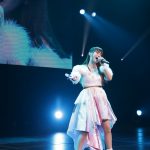 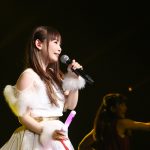 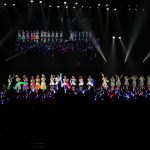 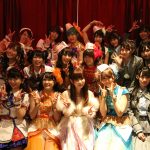