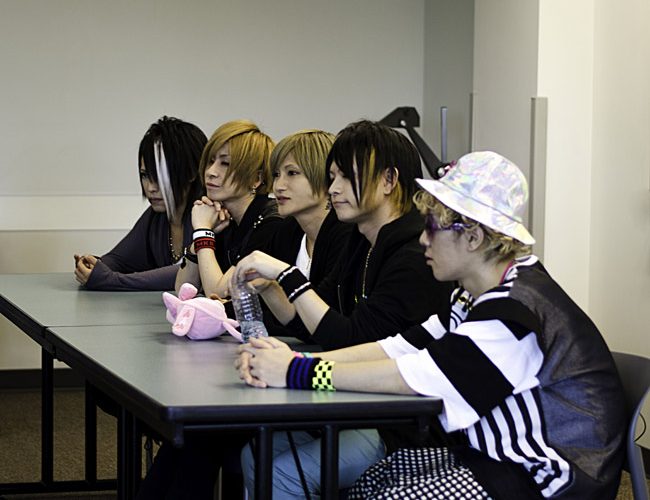 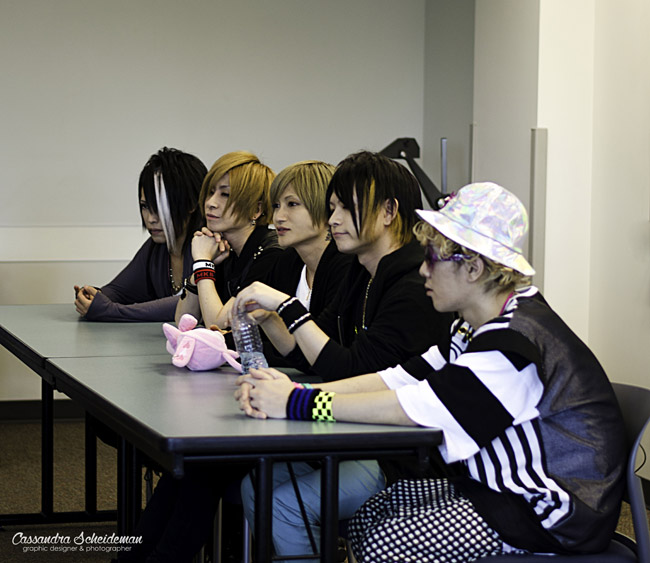 JRR: This is your first time in Canada, what is your impression so far?

Te: It’s summer here and also in Japan, but the weather is very cool here especially after sunset. That was my first impression of Canada.

K: I feel like the air here is really crisp, and fresh.

M: I feel like it’s kind of different from Japan in that there are a lot of positive people here, and it makes me feel that way as well.

JRR: In spite of the difference in weather, have you been able to enjoy it?

M: I’d like to enjoy at least a month of this weather.

Ta: I’d like to come here every summer to escape.

JRR: Have you been able to do any sightseeing yet, in spite of the short time you’ve been here? Also, have suggestions been made for places you should see?

M: We haven’t had the chance to go sightseeing, unfortunately, but we did eat lots of good food.

JRR: What kinds of things have you been able to eat?

M: There wasn’t exactly a motivation, but we’ve always had desire to perform in Canada, so when we got the offer, we jumped on it and said ‘yes, definitely, we would like to go’!

JRR: For this weekend’s special convention, have you had special merchandise on sale that can only be purchased here?

M: Yes, actually. Other than the CDs, everything is specially made for this event; you can only get it here.

JRR: What plans do you have for upcoming releases? For example, do you have a new single or album you are in the process of writing right now?

K: We are planning to release a new single in September.

JRR: What kind of style will that single have?

K: It’s very energetic, there’s a positive mood as well as a sort of negative one. I think it will be an interesting release.

JRR: This event will help bring future opportunities to see more parts of Canada, or the world. Where else in the world would you like to visit?

M: We definitely haven’t been to many countries in Asia yet, so we would like to go to the rest of Asia.

JRR: Hopefully that can happen someday!

Te: Yeah, that would be nice.

JRR: There are more bands from Japan that are participating in rock and music festivals around the world, obviously this is something An Café is interested in diving into more?

(comment about Yuuki having not said anything so far, so the next question can be for him)

JRR: You’ve mentioned in previous interviews, that a special aspect of An Cafe’s live performance is your ability to make everyone smile. Have you been able to see fans smile, even before you’ve been on stage, here at this event?

JRR: Jumping back to your music for a moment, for your latest album, Hikagyaku Ziprock, was there a specific inspiration for the overall mood?

Y: So, as the title says, it’s “ziprock/ziplock” so we wanted to cram all sorts of different sounds into the album, and we wanted to make it so that everyone who listens to the album will find at least one song that they can very strongly resonate with. We wanted an album that had something for everyone.

K: As for sources of inspiration, last year we spent pretty much the whole year touring Japan, and we kind of wanted to incorporate the experiences that we had at these concerts into the album.

JRR: This weekend, you had the opportunity to perform at this event [Animethon 21] with another Japanese artist. What did you think of that?

M: Before we can to the event, when we heard that another band would be performing as well as us, we felt a little sense of rivalry towards them. Over these three days, however, we saw everyone cheering one another on and making this event what it is together, so by the end of it, I don’t think the rivalry exists anymore. It became more like we were part of the same group, with the same motivation.

JRR: Finally, is there anything you’d like to say to your overseas fans?

M: I would like to say thank you, for all of your support. We would like to continue working hard, practicing hard and making good music so that we can see more fans and more countries and deliver our music to them personally. 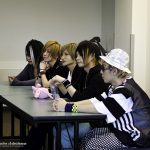 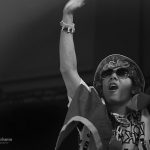 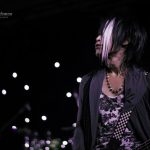 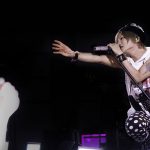 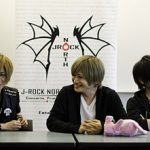