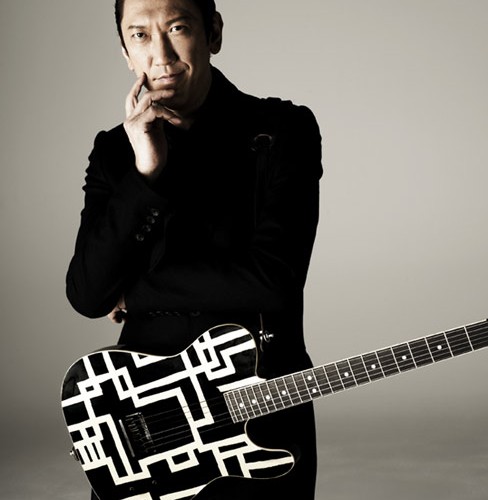 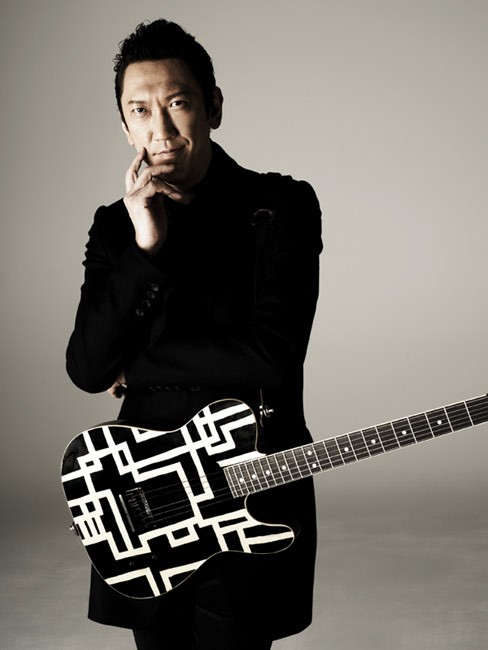 During the early years of his career, Hotei received inspiration from music and artists around the world and developed his own unique guitar style which would then revolutionize the aesthetics of music in his native Japan, generate multimillion selling albums, record-breaking chart releases, and inspire future generations of musicians.

Whether at a sold-out stadium concert, an intimate acoustic jam session, or pushing the boundaries with an avant garde electro or even full symphony orchestra collaboration, Hotei’s innovative sound and electrifying performance continue to win him acclaim and admiration.

In 1996, Hotei played guitar under the baton of Michael Kamen at the closing ceremony for the Atlanta Olympics, which then led to their collaboration on Kamen’s album Guitar Concerto. His more recent achievements include a live performance with Roxy Music at the renowned Fuji Rock Festival in 2010, and a recording session with Lee Ritenour for his album, 6 String Theory, which remained in the Billboard Jazz Album Top 10 ranks for 9 consecutive weeks.

Hotei has also received worldwide recognition for his work on film scores, most notably for the soundtrack of Terry Gilliam’s Fear and Loathing in Las Vegas, and for his original composition of the song “Battle Without Honor or Humanity” which Quentin Tarantino personally proposed to use as the main theme song for his film Kill Bill. In 2011 he arranged the theme to the box office hit Mission Impossible – Ghost Protocol, attending the Japan premier alongside Tom Cruise and performing live at the event.

Hotei’s career originally began as a guitarist in the legendary Japanese rock band BOØWY (pronounced Boy) in 1981, enjoying phenomenal success as one of Japan’s most popular rock bands in history. In 1988, Hotei established himself as a solo artist, kicking off with the album “Guitarhythm, ” recorded at Abbey Road Studios in London. This was the beginning of a series of albums achieving multimillion sales. In 1989-1990, Hotei formed the rock duo COMPLEX, releasing two albums which both went to number one in the charts.

An iconic and legendary star in his native Japan, Hotei currently lives in London and continues to be a forerunner in the industry, exploring new momentum in the global music scene.