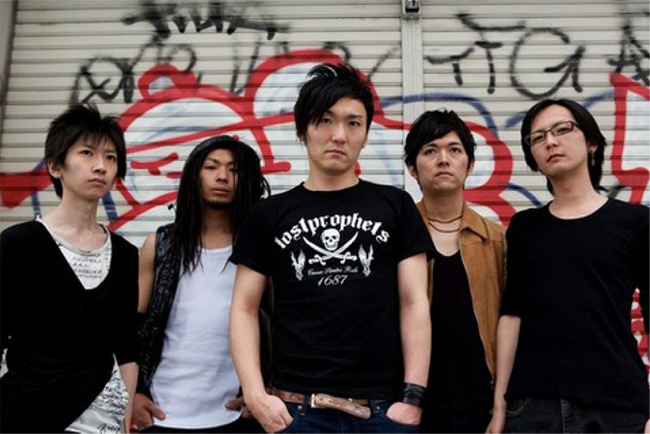 A look at Lost Vector

There are times when people have said ‘try out this band!’ For many of these great bands, trying out is as far as I go. With Lost Vector, their story and music were very intriguing. For a few weeks, I paid attention to the band’s activities and their path as a new emerging band in a world where it seems thousands are born daily.

While many bands that travel overseas do so at risk, most are at least well established enough to take that leap of faith. All artists start somewhere. This is where Lost Vector begins.

This year, the final location of the Emergenza Festival will be held in Germany. The Emergenza Festival is an annual competition of newer and unsigned bands that number over fifteen thousand from various locations around the world. In each participating country, bands vy for top positions in elimination rounds before moving on. Lost Vector made it to the finals in O-EAST at the end of July.

Unfortunately, they were not selected as the band to continue onto Germany.  Their accomplishment up to this point have been impressive. I offer you to take a look for yourself. We start with an interview exchanged prior to their final appearance in Emergenza. 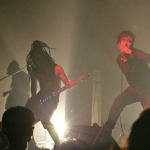 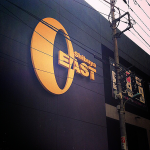 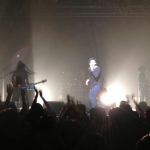 What were your motivations to start a band?

Tetsu: When I was young, I liked many Japanese band and went to their shows. First just watching them is enough for me, but gradually desires to perform at stage coming up.

There are many hurdles to overcome in meshing a compatible group together. What were some of your most memorable difficulties?

Tetsu: Yeah, it’s very hard. The most memorable difficulties would be the withdrawal of Yosuke. We trusted him so much as member and as friend too. It was very hard time. But consequently, his leaving connects us stronger.

On the inverse, what have been some of the highlights on your creative journey?

Tetsu: I think it is Emergenza. This is the first time to participate in this kind of competition, but we are
having very good experiences. After semifinal, our activities getting so wide variety and we get so motivated.

As a ‘young’ band, what is one piece of advice you’d give to someone thinking of making music their career?

Tetsu: Uh… It’s very difficult. It depends on what kind of music they play, but most important thing is just enjoy music. If they don’t feel it’s not good time, they can’t write good songs, and they can play with good faces at stage.

What are some of your musical influences?

Tetsu: For Lost Vector, it would be Linkin Park and Disturbed, Metallica, Story of the year. But personally, I also like Emo Screamo music like Underoath, Saosin and 30 Seconds to Mars.

What is one saying or thought you live by?

Tetsu: “Tommorow is another day”
Maybe I am very optimistic, so I can forget very bad accident with drinking beer.

Please share the scariest or most worrisome incident that happened that turned out great or terrible?

Tetsu: sometimes when I show my song to members, reaction is different from what I expected. There is the song “Beyond the will” 3rd song in Eclipse. First members listened to that song, it was not a good reaction. But with practicing that song, they get to like it, and finally became very important song in this album.

What are your plans if you advance in Emergenza?

Tetsu: Well, first of all we will spread our area of activities like shows. Not only Tokyo, but also other area. Hopefully it can reach foreign countries.

With the competition, are you hoping to be able to branch out internationally as well as focus your interests in Japan?

Tetsu: Of course I am. I believe Music can connect people in all over the world even if we speak different language. If we have a chance, we would like to.

Tetsu:  Japanese Rock music has currently been so heating up. Especially underground scene in Emo and Metal, screamo music are [expanding]. I’m very happy if you get interested in Japanese music through Lost Vector and interested in us too.

The show was broadcast on Ustream here: http://www.kampsite.jp/ustream/

Lost Vector formed in Tokyo in April 2009 around Tetsu and Seiji, friends from youth. So far they have changed some members being the current integration, training Gt. Yuh in October 2012 after the withdrawal of Yosuke and in December 2012 TOTO Gt. Replaces Yuji.

Their music, characterized by the power of the guitars, is defined as a mix between emo and metal, speaking of the world view, loneliness of modern society in which the clean vocals scream! With a melody full of melancholy sensation.